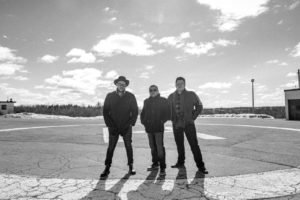 Roots/rockers Midnight Shine, who have been lighting up the music world all the way from the James Bay, have two Toronto shows on the near horizon:

It’s the first time the band will play new material from HIGH ROAD, released just this spring. It’s an album about resilience, something Midnight Shine’s frontman Adrian Sutherland knows firsthand: “Growing up in an isolated place like Attawapiskat was a real challenge. Resilience is something I had to learn at an early age, and it became part of who I am. A lot of the songs I’m writing keep coming back to being resilient, and not giving up.”