For photos of Midnight Shine, and Adrian Sutherland, visit the Photo Gallery page. Thank you! 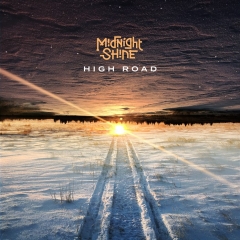 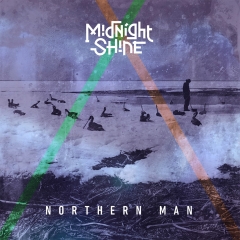 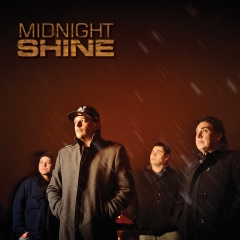 “Sutherland’s lyrics dance between truthfully portraying the hardship of northern life and celebrating that there’s nowhere else he’d rather be… He doesn’t diminish the ongoing crisis in Attawapiskat, but he wants to let some light into the picture.” — Nick Patch, Toronto Star

“The band’s confidence has exploded. Their sound is Canada’s Northern roots married to a James Bay soundscape… a band on the rise, no doubt…” — Timmins Daily Press

“Their sound has an undeniable air of accessibility that, while reflecting its members’ roots, fits comfortably between the hooks of Train and Matchbox Twenty.” — David Friend, The Canadian Press

“First Nations rock band Midnight Shine impressed with their recently-released self-titled album. It’s an eclectic record, and one of its most radio-friendly cuts Since You Been Gone mixes acoustic and electric guitar stylings effectively, and showcases the authoritative vocal and songwriting style of main man Adrian Sutherland.” — Kerry Doole, Newcanadianmusic.ca

“From the soaring-yet-bluesy opening track James Bay onwards, it’s clear that Sutherland’s upbringing in Attawapiskat is central to the band’s identity and sound.” — Jeremy East, The Nation

“Adrian Sutherland has a great voice and the band is very tight musically. It is great to see some positive news come out of Attawapiskat… Adrian is proof that strong connections to our traditions and culture produce positive results.” — Xavier Kataquapit, Firstperspective.ca

In May 2016, nearly 1000 bands from around the world came together at Canadian Music Week in Toronto, vying for a little bit of industry and media attention. One band got a Toronto Star cover story, 10-minute profile by Wendy Mesley on CBC’s The National, live performance and interview on Canada AM, featured video on Vice Daily, Canadian Press coverage, and full stories with photos in the National Post, Metro News, Hamilton Spectator, Ottawa Citizen, Winnipeg Free Press, Edmonton Journal, Calgary Herald, Vancouver Sun, and dozens and dozens of other newspapers across Canada, from Victoria to Charlottetown. Quite possibly making Midnight Shine the first-ever indie band to get coast-to-coast media coverage before even setting foot on tour…

CBC’s The National With Wendy Mesley