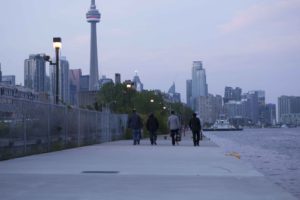 The band will play twice as part of the Canadian Music Week festival – first at a general festival showcase, and second as part of the United Talent Agency featured showcase:

Midnight Shine will also appear on national television during Canadian Music Week, with a live performance and interview on Canada AM being scheduled for Thursday May 5 (time TBC).

Midnight Shine frontman Adrian Sutherland is pleased to be heading to Toronto: “Being selected for Canadian Music Week and our first showcase is very exciting. It will be our first conference, too, so we’re excited for the opportunity to learn and network.”

“It will also be great just having time together in Toronto. All four of us live in different places in Northern Ontario, so we appreciate any time we can spend rehearsing and performing, and songwriting together.”