I’ve had some people ask about my pedalboard over the years. So here goes. These are the pedals I’ve been using for the live shows…

Boss TU3 Tuner – A guitar tuner. Simple. Are these things banned up north or something?! Stay in tune kids. We tune to A440. I prefer A442 as I think it adds more liveliness. I plug my guitar straight into this, which leads to… 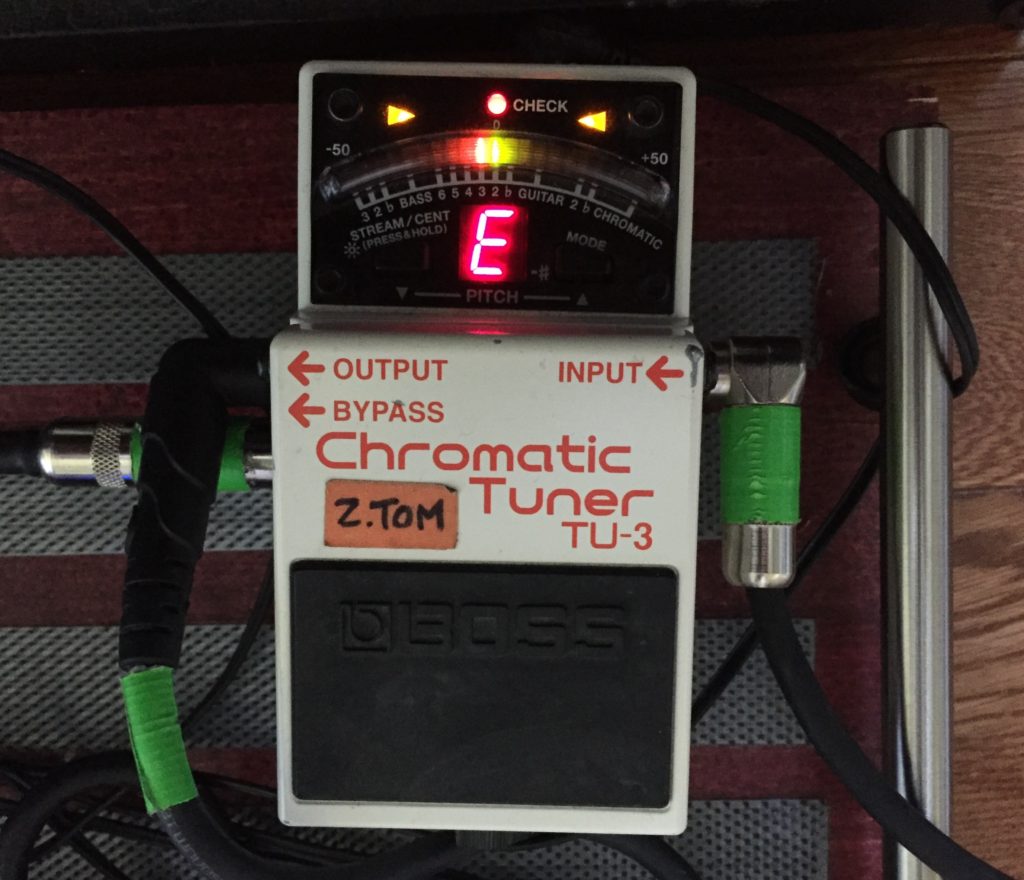 Boss CS3 Compressor – I use this for when the song calls for a “clean sparkly” tone. e.g. Mooshoom. When active, I think of it as a glass of sparkling water. 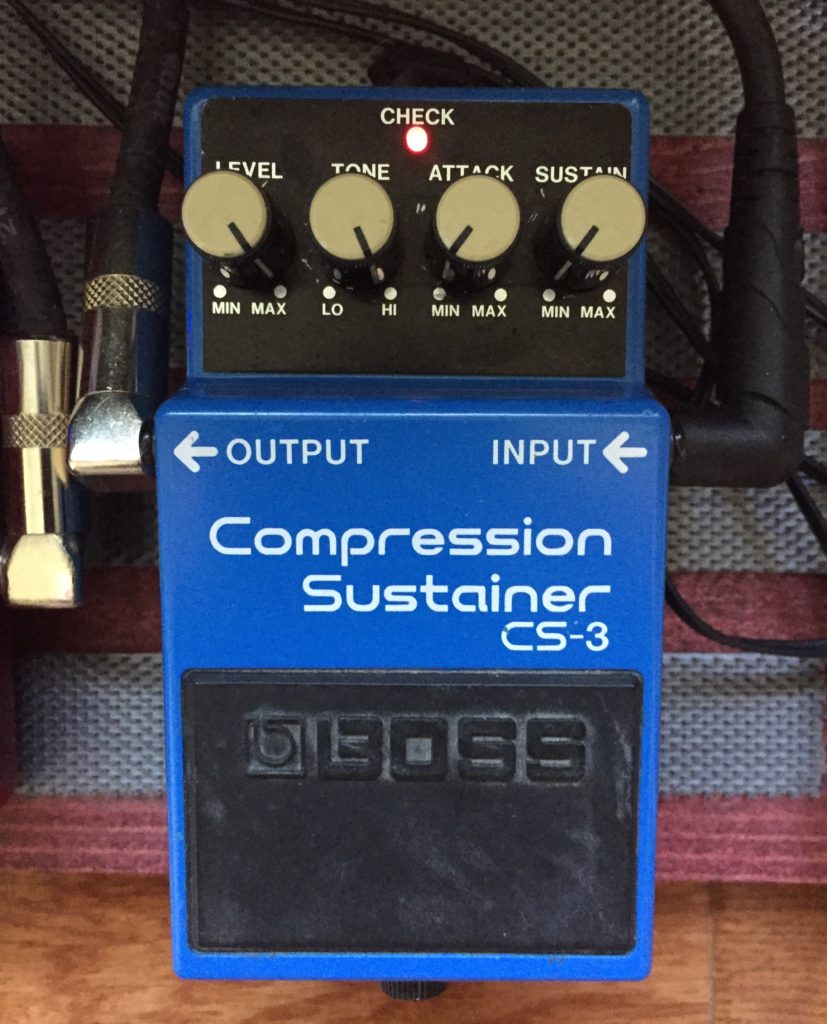 Wampler Pinnacle Deluxe Distortion – The workhorse of the board. It was developed to emulate that early Van Halen tone. Think of a muscle car with its pedal to the metal.

Hauling an amplifier is a pain, so I’ll usually request backline for the shows. If I’m lucky, I’ll get a nice Marshall or Fender to play through. But, that isn’t always the case, so I figured I better get a good dirt box that’ll make almost any amp decent sounding. It’s on throughout the whole show and I’ll only kick the boost on whenever I’m playing abig, fat, voluptuous lead or want for some feedback, Hendrix style.

MXR EVH Phase 90 – I keep this set around 11 o’ clock and usually kick it on for the occasional lead. Sometimes the mellow tunes call for some nice swishy dirt, a la David Gilmour. If you set it slow, it almost has this rotating speaker type of effect. Dreamy. 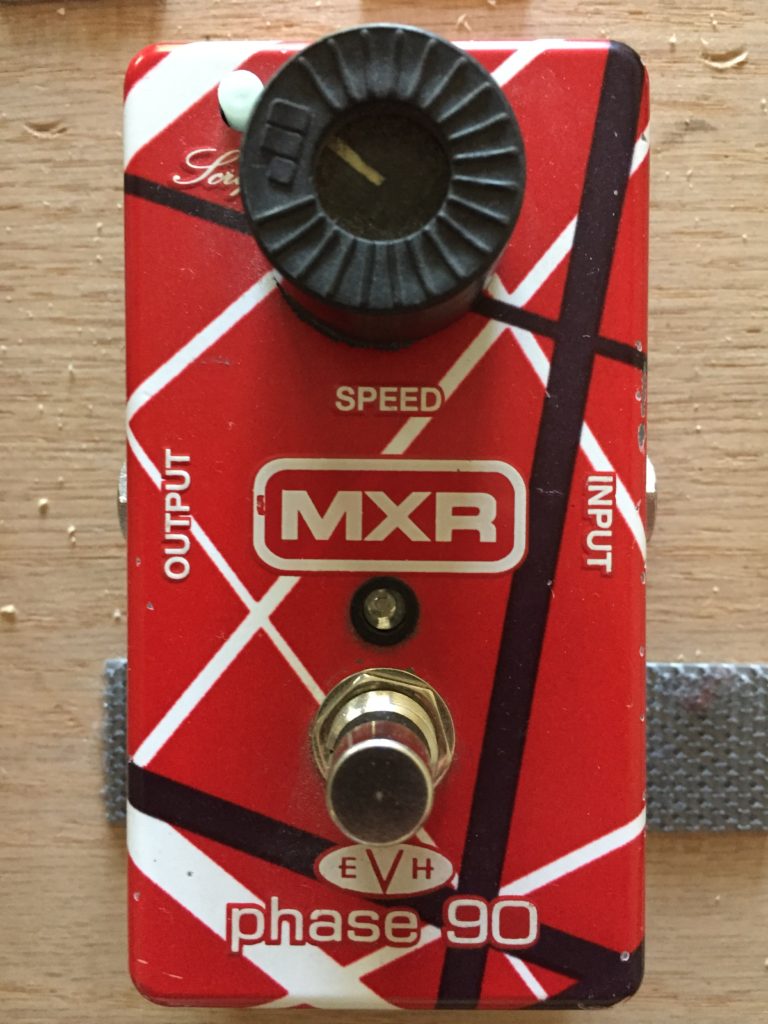 MXR EVH Flanger – This is usually only used for the verse sections on In the Midst. I remember recording my guitar part in the studio. I don’t know what type of processing, voodoo, sorcery, etc., they did to the original take, but having all of these boxes helps replicating it. It has this nice “ear to an incinerator, hairy waves” sort of sound, similar to Dimebag Darrell’s sound on Hellbound. I’ll sometimes kick it on for the chorus of Here I Am. 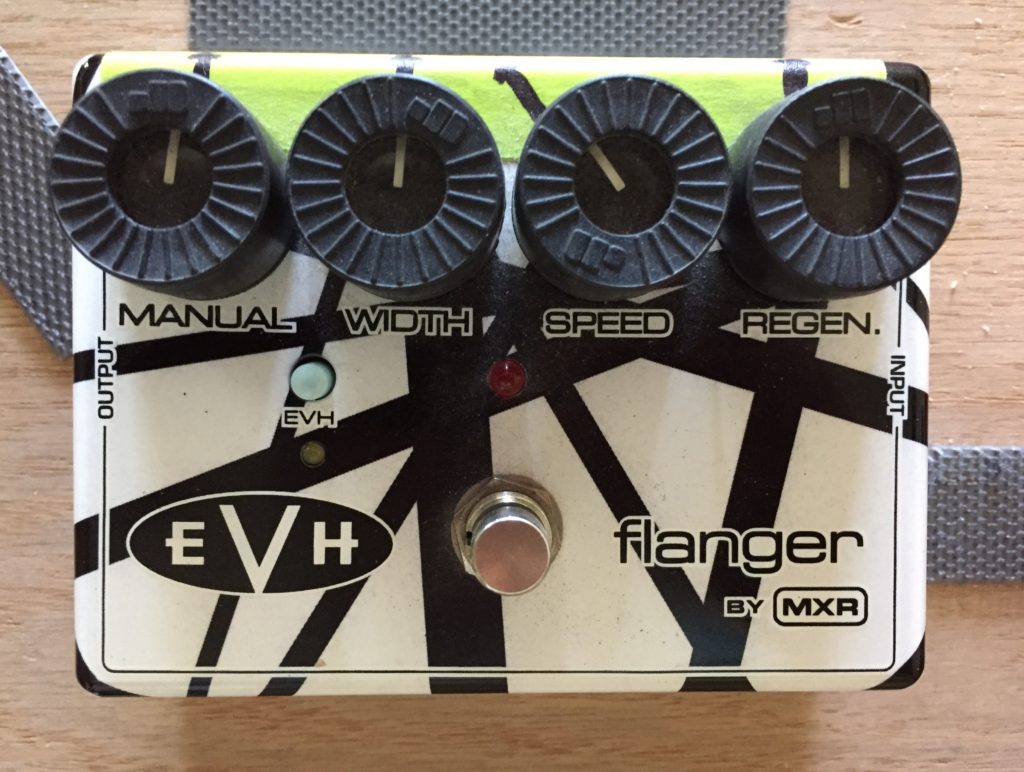 Wampler Latitude Tremolo – This big box provides the “stuttering” effect utilized in a few songs/riffs, e.g. The verses in What Do We Do With You, Since You Been Gone and In The Midst. Trying to replicate the sounds on the album can be a challenge, but that’s also part of the fun. +1 for tap tempo switches.

Effects Loop – An effects loop is a series of audio effects units, connected between two points of a signal path (the route that a signal would travel from the input to the output); usually between the pre-amp and power amp stages of an amplifier circuit, although occasionally between two pre-amp stages. Everybody got that?!

Ernie Ball Volume Pedal – This pretty much works as a volume knob for your feet. The reason I have it in the effects loops is because the front signal keeps saturated this way. This makes for very smooth and also animated volume swells, especially paired with delay and reverb. 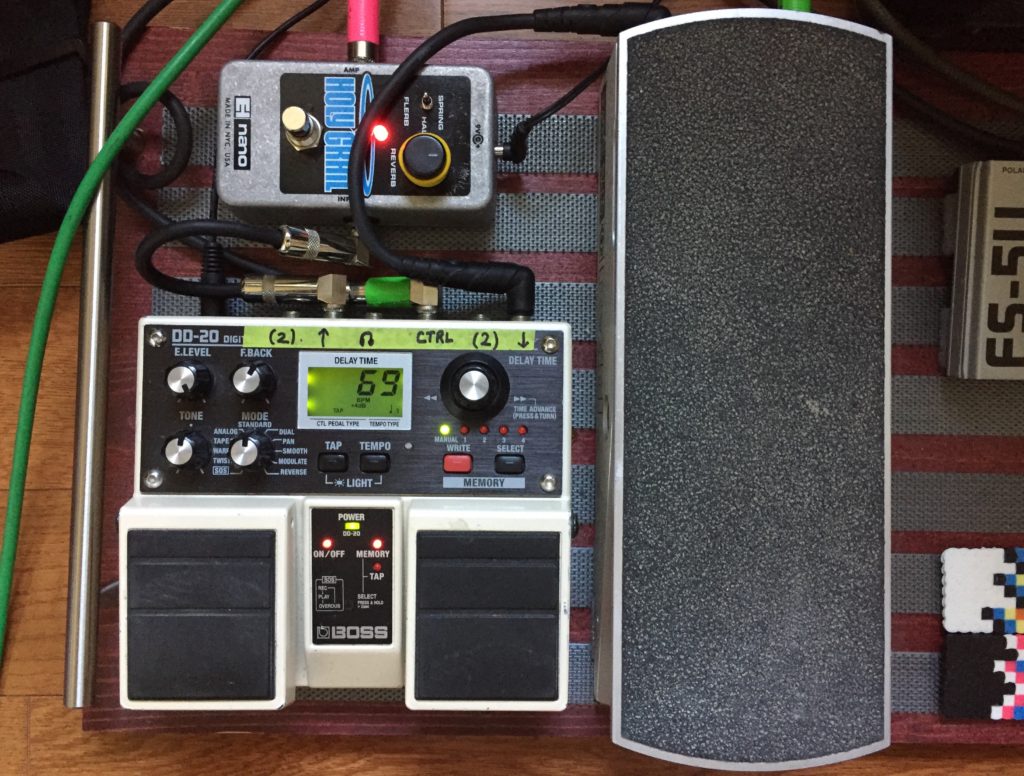 Boss Giga Delay DD-20 – This twin pedal has a smorgasbord of different delay/echo sounds. My favourite part of it is that I can have 4 presets saved. Meaning, I can easily switch to a stored sound for specific songs. Short delay, long delay, modulation delay, etc. I actually have a short modulation preset that I use for Hopeless Romantic live, emulating a Leslie speaker. I also use a looping feature when starting up James Bay with this extended Pink Floyd and Rush style intro. I think of running through the trees and being lost/found on the land.

Electro-Harmonix Nano Reverb – Used for creating a canyon amount of decay. I mostly use this at home when I’m messing around with long chords or soaring ambient lines. Not necessary if you’re performing in an arena of sheet metal.

I enjoy sound manipulation both in terms of playing technique AND warping it electronically. Of course, you don’t need all of these pedals, but I enjoy the options. I enjoy the players who can make the guitar sound pretty AND stink. After all, I feel that music should be a liberating expression with no rules and having all of these stomp-boxes makes me feel like a kid in an ear-candy store. Sweet.